Weird things happen inside the world of vintage guitars.

In my case, if I search for something specific, it hardly ever works out. More often than not, a great old guitar will step in front of me with no warning.

*And when that vintage guitar cosmically delivers itself, a man will materialize many plans inside his head to attain the prize. This includes massive gear sell-offs, juggling impossible financial numbers and conjuring up excuses to the wife as to why we both need this guitar!

For years I'd been looking for a killer early 60's Gibson ES-330. My plan was to play it and let it accrue in value. Then after a few years, I'd sell it and work my way into my dream guitar:

I met my friend Jim Wolf at Gruhn's Guitars to check out the new arrival of a '61 Gibson 330. I played the 330 for a while and after comparing it to a few guitars I thought, it's ok but it's not "the one."

Then, for some unknown reason, I blindly went to the guitar
rack and randomly pulled off a Gibson 335 to compare. That's how I met Bowtie.

With the first cowboy G chord, I realized the 335 was balanced tonally. My friend Jim was listening unattached, which was a good thing. He said when compared to the others, it sounded really good to his ears. As I played and spent time with it, I realized it was a great 335 but my emotion needed checking and further testing was needed, for science of course!


I talked with Keith Gregory and asked him to put a hold on Bowtie. This way I could bring my amp and pedal board down to Gruhn's, restring Bowtie with .011's and give it a thorough workout. When Keith said the price they would except was much lower than the tag indicated, my mind started racing... *see 2nd paragraph.


I found out through Keith that Bowtie had sat in Gruhn's for two years and hundred's of people must have looked at and played that guitar. The story is a gentleman in North Carolina wanted this dot neck guitar to match his Gibson RB-250 Banjo. An appraisal by Walter Carter says the bowtie inlays were more than likely done at the Gibson factory. 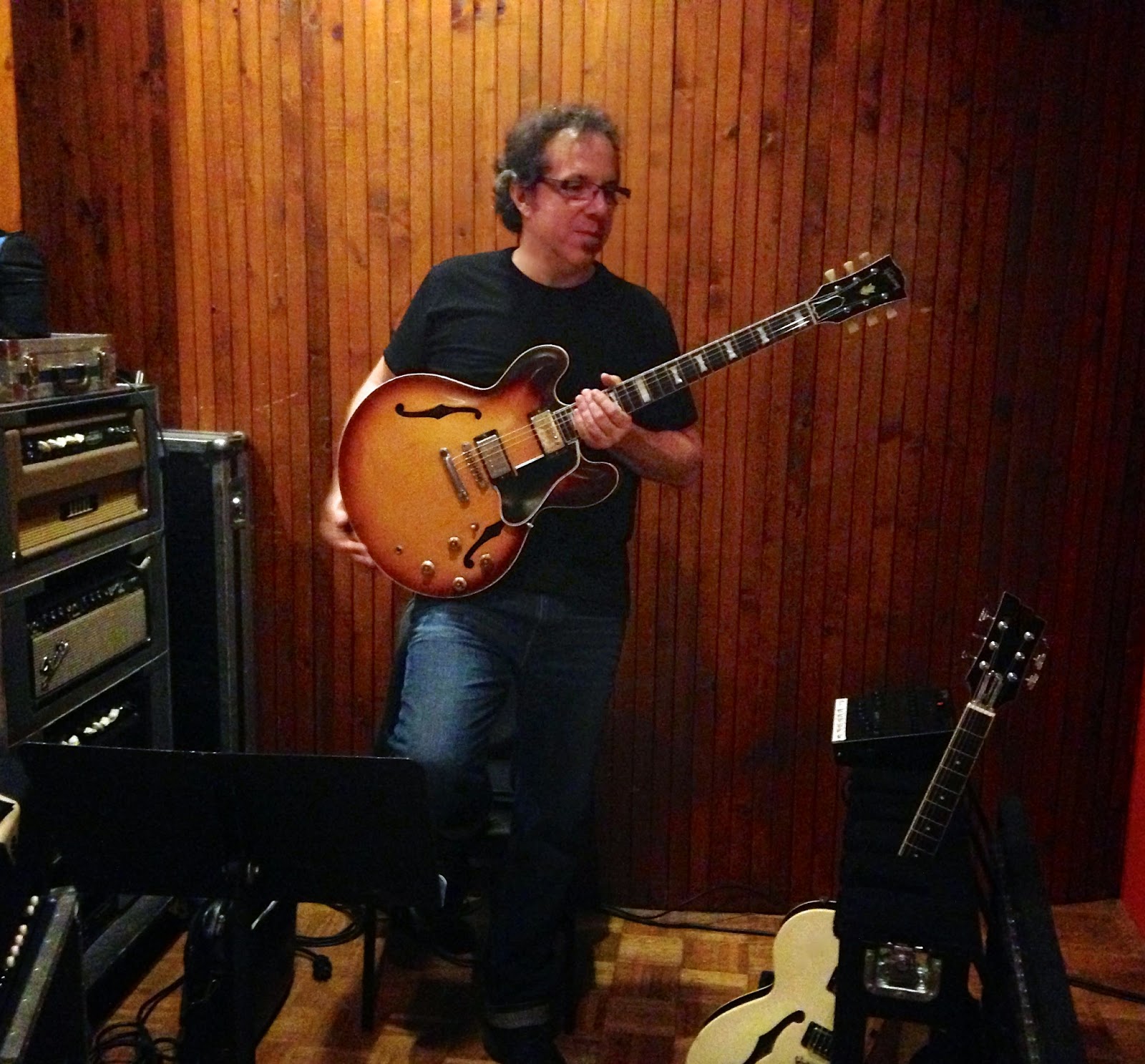 Gruhn's chief guitar tech, Andy Jellison, said this is one of the finest playing 335's to come through the store since he began there in 1994.

If there's a lesson here, it might be: "Don't judge a guitar by it's bowties."